_Our lives today are filled with ready-made entertainment - television, computers, music centres etc. In the Tudor period people had to make their own entertainment. Working hours were long and without electric lights or the benefit of being able to read, many people simply went to bed when it got dark. The time for entertainment was on a Sunday when hardly anyone worked. Their entertainment might seem very boring and vicious these days, but in those days it was normal. Watching plays became very popular during the Tudor times. This popularity was helped by the rise of great playwrights such as William Shakespeare and Christopher Marlowe as well as the building of the Globe theatre in London. By 1595, 15,000 people a week were watching plays in London.

It was during Elizabeth's reign that the first real theatres were built in England. Before theatres were built actors travelled from town to town and performed in the streets or outside inns. The Globe Theatre was built on the River Thames. It was circular and had seats around the walls which cost two pence or three pence if you had a cushion.
The seats around the wall enabled people to watch the play and kept them out of the worst of the weather. Most theatres had no roof.

The cheapest places were in the so-called pit. This was the area in front of the stage. People would pay about a penny to see the play and they stood for the duration of the play. Another major type of entertainment was sports.

All kinds of sports were very popular in the Sixteenth Century including:

Jousting
Jousting was popular. Only the nobility (upper classes) were allowed to take part in jousting tournaments.Jousting involved two armoured knights separated by a four-foot-high wooden barrier. Each knight carried a lance and the objective was to knock your opponent off his horse as he galloped past.

Tennis
Tennis is one of the oldest of all racquet sports.
During the Tudor times it was played indoors in a large room with a net. Like tennis today, players had to hit the ball over the net. However, in the Tudor times, the ball could also be bounced off the walls and points were also scored by hitting the ball into one of three goals high in the walls. Tudor tennis rackets were made of wood and strung with sheep gut. The leather tennis balls were filled with hair.

Football
Football was played differently than it is today. There were no set numbers of team players, so as many people who wanted to joined in the game. The goal posts were placed about a mile apart and the players could kick, throw or pick up the ball in an attempt to put it between the opponent's goalposts.

Bear-baiting
Individual bears were chained to a post in a bear-ring. A group of dogs were then set on the bear. The dogs tried to kill the bear by biting its throat. Both Henry VIII and Elizabeth enjoyed watching bear-baiting. A ring was even built in the grounds of Whitehall so that the Tudor monarchs could watch bear-baiting from the windows of the palace.

Cock- fighting
This is a sport where cockerals were made to fight each other to the death.

Some sports in the Tudor times were banned!
A law was passed in 1512 that banned ordinary people from a whole range of games including tennis, dice, cards, bowls and skittles. This was because the government wanted people to work more and play less. 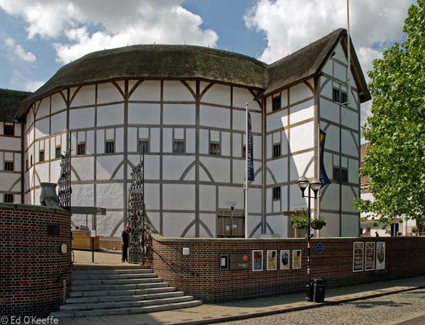